The Fund will be managed by Fondaction’s new fund management platform, FAM, and its partners. The raised capital will be for projects that generate carbon credits both from compliance and voluntary carbon markets in North America.

Fondaction is the investment fund for those mobilizing capital for positive economic, social, and environmental outcomes. It manages net assets of over 3.11 billion dollars invested in the financial markets.

The COP15 is underway in Montréal as the launching happens. It’s another initiative in the financing sector that highlights the importance of pumping capital into climate change, biodiversity and nature conservation.

The Inlandsis II Fund’s $115 million capital is from 30+ investors, led by Fondaction, and includes these major ones:

The Inlandsis II Fund aims to reduce emissions by ~24 million tonnes over a 10-year period.

Chairman of FAM and VP of Fondaction, Stéphan Morency said:

“In addition to financing corrective measures throughout industry to reduce GHG emissions, the Inlandsis II Fund will also deploy its capital on voluntary markets to ensure that efforts toward biodiversity and natural capital protection are more sustained as compared to its predecessor.”

Fighting climate change and protecting nature are closely related. That’s because nature gives us the solutions to lower our GHG emissions by sequestering carbon.

Forests are great carbon sinks, and if the trees are cut down, the capacity to store carbon is also lost. That doesn’t only impact climate change but also the local biodiversity. Thus, similar investments were meant to protect nature and tackle climate change.

According to Fondaction’s Deputy Chief Investment Officer “fighting climate change through forest preservation creates greater biodiversity, as forests often provide refuge to threatened species, but also more economic value for the forests and the communities that rely on them”.

Actions needed to reach the world’s 2050 net zero goals will require a huge amount of money. And so FAM and its partners expect another funding in the coming months. They anticipate that the Inlandsis II Fund’s capital will go up to $160 million.

“Inlandsis is one of the first investment funds worldwide to generate revenue with the carbon credits it makes available through the projects it supports. In addition to generating competitive returns for its investors, the Inlandsis Fund innovates by investing in several types of GHG reduction projects, including the reduction of methane emissions in agriculture and in abandoned coal mines.”

Priori-T Capital develops alternative investment solutions to fight climate change such as the Inlandsis Fund. It seeks to provide investors with opportunities that are carbon market-driven and open access to capital for a greener economy.

For the firm’s Chairman of the Board, launching Inlandsis II Fund gives them leverage in the impact financing ecosystem.

The Inlandsis Fund was established by Fondaction and Coop Carbone in 2017 and committed to harnessing markets to address climate change. It is the only Canadian fund, and one of the few worldwide, to exclusively finance carbon emission reductions. 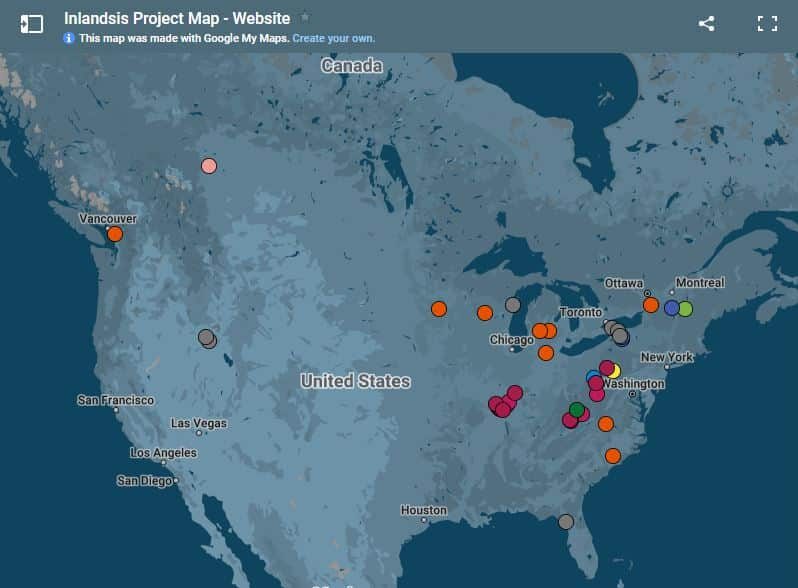 From Quebec to the Whole of North America

Carbon markets have grown a lot over the last 2 years as shown below. Thanks to the rising net zero pledges from large global companies. Most of these commitments include offsetting emissions by buying carbon credits.

The reason behind the carbon market growth is what inspires the creation of Inlandsis II Fund. The managing director of the Fund, David Moffat, said that the Inlandsis I Fund formed a pioneering center of climate finance expertise in Quebec.

Inlandsis I supports the following projects and initiatives:

The Inlandsis II Fund further builds such expertise and significantly expands its impact to the entire North American markets.