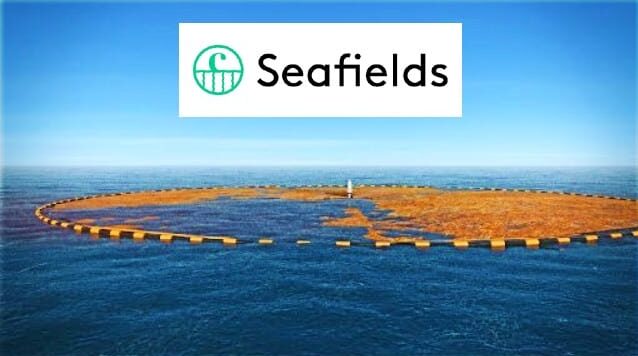 Seafields revealed its plan to tokenize one billion carbon removal credits from a seaweed farm off West Africa in partnership with the blockchain-based carbon company JustCarbon.

Seafields is a UK carbon removal firm that aims to remove billions of tonnes of carbon dioxide from the atmosphere through its seaweed farm. JustCarbon is Seafields’ sister company aiming to create an accountable, transparent, blockchain-based carbon marketplace for Seafields’ credits to be sold.

“Stopping ongoing carbon emissions isn’t enough. We also need to scrub existing pre-industrial CO2 fast… By sustainably growing sargassum, we will use the vast space available in the ocean to remove billions of tonnes of CO2 from our atmosphere while also meeting the increasing demand for carbon offsets over the next two decades.”

Seafields’ compressed Sargassum bales are natural ‘carbon batteries’. They’re ocean-grown seaweed sunk to the sea floor to lock away the CO2 for hundreds of years.

Another partner of Seafields, Carbonwave, is making Sargassum into sustainable, high-value products. This, in turn, produces carbon credits.

The carbon removal company plans to build a seaweed farm the size of Portugal – 94,000 sq. km. – off the West African coast. Seafields will grow, harvest, bail, and sink sargassum in the South Atlantic gyre to remove 1 gigatonne of carbon yearly.

This carbon removal project, if fully operational in 2031, will be significant in removing CO2 from the air. The scientists and impact investors supporting it are confident of that.

The price for each carbon credit varies depending on its co-benefits.

Co-benefits refer to the extra benefits that the project delivers apart from emission reduction like biodiversity conservation and job security.

Most often marketing the co-benefits of CO2 removal projects is left in the hands of intermediaries. If brokers and retailers get a hefty margin from the sale of carbon removal credits, project developers like Seafields end up with a smaller share.

On this note, Auckland said that the project is not viable if they “hand over too much of the margin to retailers and other intermediaries”. He further added:

“If hyper-scale projects like Seafields do not get the funding and investment needed, we will not meet the targets for the decarbonisation of the globe and limiting global warming to 1.5⁰C…”

If the price of a carbon credit goes over $75, as predicted by the IMF, Seafields will receive an income of $74.25 billion from generating 1 gigatonne of carbon removal. While JustCarbon can get as much as $750 million or 1% of the total sales as its minting fees.

The JustCarbon platform uses blockchain technology in minting carbon removal credits from Seafields. It directly connects sellers with buyers by removing brokers from the sales process.

Co-founder of JustCarbon, Chad Williams, remarked in the announcement that:

“…and we aim to maximize the funding received by these projects. That’s why we take such a small minting fee rather than the typical intermediary fees of retailing carbon credits, which can be as high as 80% of the credit value.”

The firm’s blockchain-powered system will facilitate the direct sale of Seafields’ carbon removal credits to a global market. It enables everyone from individual consumers to large organizations to offset their unavoidable emissions.

The UK company seeks to supply carbon credits early in 2024 after getting a certification from a carbon standards body. Seafields then hopes to scale up its carbon removal capacity to gigatonnes by 2031.