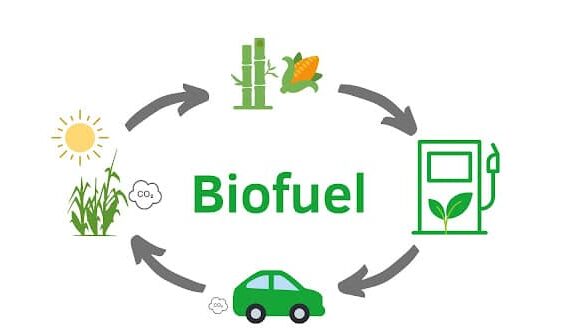 The U.S. Department of Energy Bioenergy Technologies Office (BETO) has achieved a major milestone in reducing the price of “drop-in” biofuels made from biomass.

Drop-in biofuels are fuels from biomass and other waste carbon sources which can be quickly swapped in place of conventional fossil fuels.

BETO partnered with T2C-Energy, LLC (T2C) to validate the pilot production of drop-in biofuels at a price of under $3 per gallon. This kind of fuel also has 60% lower emissions than petroleum under T2C’s “TRIFTS” system.

The traditional price of drop-in biofuels has been as too expensive for consumers to afford. So, various efforts have been made to decrease their minimum fuel selling price (MFSP).

The BETO and the T2C partnership has converted anaerobic digester-produced biogas to liquid transportation fuels. The cost is significantly lower than the current diesel price at the pump of ~$5 per gallon (in the US).

The biofuel retail price doesn’t factor in the use of carbon credits from various schemes like the US Renewable Fuel Standard (RFS) and the California Low Carbon Fuels Standard.

According to one study, adjusting the costs of producing biofuels under the RFS RIN (renewable fuel credit) subsidy results in an additional retail price incentive of $0.29/gal.

The TRIFTS process also reduces its biofuel emissions by 130% in comparison to traditional petroleum diesel fuel.

BETO’s efforts to lower the price of drop-in biofuels is part of the Office of Energy Efficiency and Renewable Energy’s goal to decarbonize transportation across all modes.

The TRIFTS process has been tested at the pilot scale since 2018. It uses both CO2 and methane portions of biogas, using around 100% of biogas components as the raw material to produce fuel.

An independent firm verified the technical achievements of the process.

BETO and T2C have been working on projects that advance bioenergy technology to its current state.

Bioenergy is a form of renewable energy that is derived from living organic materials known as biomass. It can be used to make transportation fuels, heat, electricity, and products.

Bioenergy is one way to help meet the world’s demand for energy. It can help in achieving a more sustainable economy by:

According to the US Department of Energy, the country has the potential to produce 1 billion dry tons of non-food biomass resources annually by 2040. This amount can produce:

Bioenergy can also keep $260 billion in the United States saved from not exporting oils. Bioenergy technologies enable the reuse of carbon from biomass and waste streams.

Biomass is a renewable energy resource derived from plant- and algae-based materials that include:

Since it’s a versatile renewable energy source, biomass is useful for plenty of purposes.

Biofuels, renewable transportation fuels that have similar chemical composition with petroleum fuels, are one of them. Using them reduces emissions of vehicles and airplanes.

Biomass can also be a biopower for heat and electricity. Its use can offset the need for carbon fuels in power plants. In a sense, biopower lowers the carbon intensity of generating electricity.

Finally, biomass can also serve as a renewable alternative to fossil fuels in manufacturing bioproducts such as plastics, lubricants, industrial chemicals, and more.

In fact, integrated biorefineries can produce bioproducts alongside biofuels. This co-production offers a more cost-effective and efficient alternative to the use of bioenergy resources.

The revenues earned from this approach can make producing biofuels more less costly, and thus, lowers their prices.