“Paper or plastic?” was the old supermarket question, and it still rolls around every year at Christmas. But when it comes to carbon emissions of a real or fake Christmas tree, the debate can get heated.

Specifically, there’s an intense discussion around the idea of which is better for the environment.

Trees – the real kind – are, after all, carbon sinks. Cutting one down to place it in your living room for a few weeks seems wasteful.

On the other hand, replacing something all-natural and all-organic with yet another non-recyclable, plastic imitation feels as un-green as it can get.

So, when it comes to Christmas tree carbon emissions, which is worse – paper, or plastic?

The Real vs. Fake Debate and CO2 Emissions

The debate about “environmentally friendly” Christmas trees boils down to one important stat: CO2 emissions.

On the surface, the debate seems to favor fake trees. If real trees are carbon sinks, cutting them down provides one less way to lock away atmospheric carbon. And that’s one more way to release that CO2 back into the air.

But as it turns out, things aren’t that simple regarding trees.

In the U.S., there are about 25 to 30 million real Christmas trees sold every year, according to the National Christmas Tree Association. 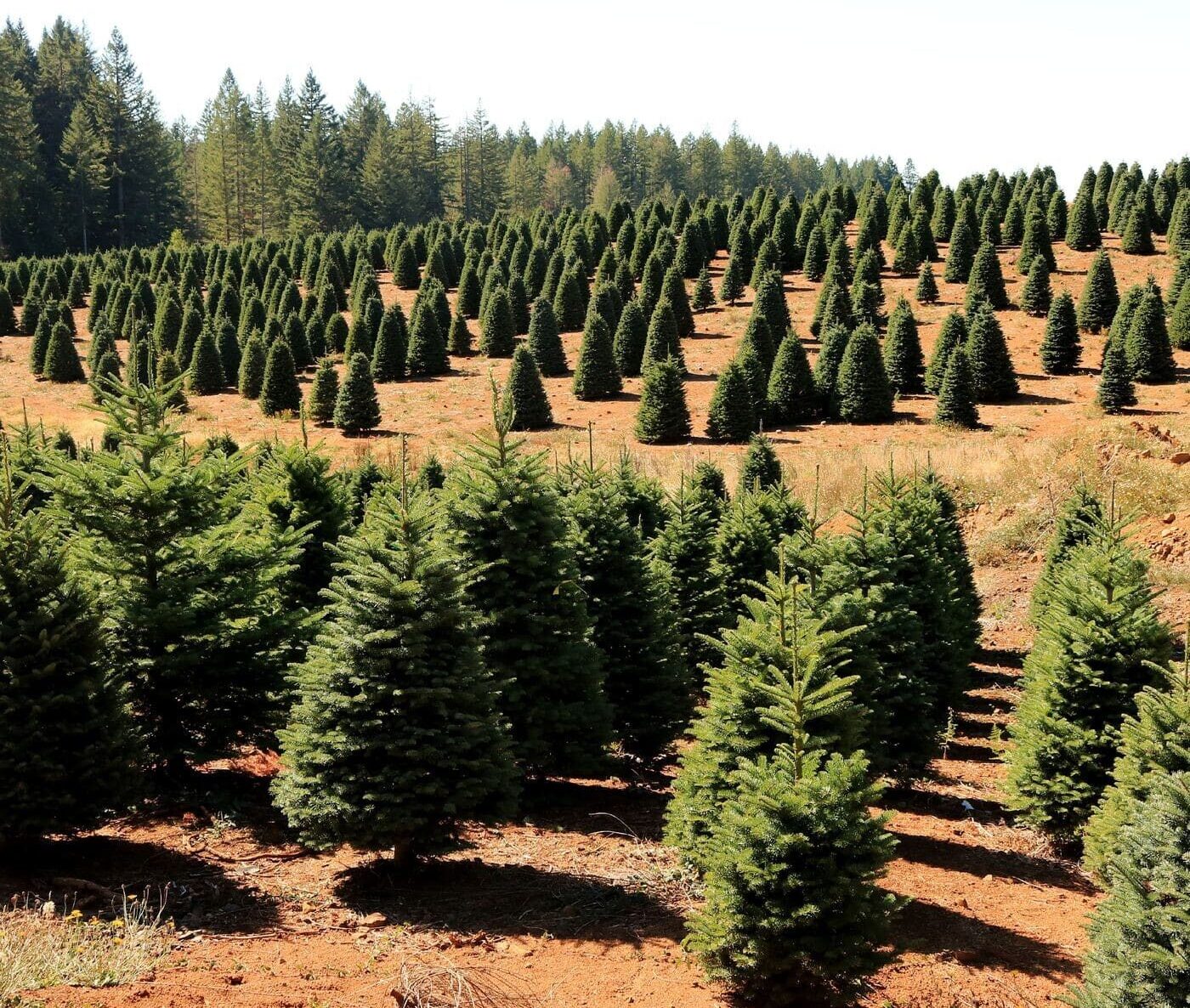 Also, there are nearly 350,000 acres in production for growing Christmas Trees in the U.S.; much of these productions preserve green space.

Cutting down trees sounds bad, but making them might be even worse. A closer look at average carbon emissions for both real and artificial Christmas trees paints a clearer picture.

CO2 emissions for a real Christmas tree: Keep the carbon locked away

Time for the headline stat: 0 kg of CO2.

That’s the amount of CO2 your annual Christmas tree releases if you cut it, use it, then chip it up (using renewable power) and spread it on your garden.

True, forget to water the tree after you’ve brought it in, and you’ll see needles everywhere. But even when those needles decay, the CO2 they release is negligible. It’s the trunk and branches that matter after all.

And if you grind those up at the end of Christmas, you produce long-lasting bark mulch that releases CO2 very slowly over several years as part of a natural process.

Of course, not everyone has a wood chipper around to dispose of their tree. Toss your old tree in the landfill, and the resulting decomposition (which releases methane, as well as CO2) results in about 16 kg of CO2e per 6.5-foot tree.

It’s actually better to simply burn your old Christmas tree. This is a simple one-for-one exchange, as burning the tree releases all the CO2 it had absorbed over its life – for an average Christmas tree, roughly 4 kg of CO2. Burning does not result in the extra methane emissions, making it a more emissions-friendly option.

By far the best option is to use a potted tree. Bring the same one in, year after year, or plant it and purchase a new one to repeat the process – and kickstart your own personal Christmas tree offset program.

What about fake trees?

On the plus side, there’s no methane from decomposition, and no release of CO2.

But that’s about as good as it gets. Fake trees are generally made from plastic and metal. Both of them traditionally rely on carbon-intensive manufacturing methods and account for roughly 70% of a plastic tree’s carbon footprint.

Moreover, between 80%-90% of the artificial Christmas trees sold each year in the US – somewhere around 10 million trees – are produced in China. To calculate the true carbon footprint of your average artificial tree, you also need to include transportation and production costs.

That’s why the average artificial tree carries a carbon emissions cost of around 40kg, compared to the 3.5-16kg per real tree.

At the end of the day, artificial trees are largely plastic. Oil-based production plus global shipping costs tend to result in high carbon emissions.

To make the Christmas tree carbon emissions math work, each fake tree would need to be reused between 4-10 times before it resulted in less emissions than a real tree.

And even if that were the case, artificial trees would still take up space in a landfill, without the benefit of being biodegradable.

In contrast, for every Christmas tree cut down, around another three trees are planted each year.

Real trees result in lower shipping costs and reduced emissions from transport in comparison to artificial trees: the average real tree travels a little over 200 miles from source to final destination, while plastic trees can cover over 8000 miles on their trip from manufacturing in Asia to other global markets.

The Christmas tree industry operates as a market-induced carbon offset mechanism. Thousands of Christmas tree farms sequester as much as one tonne of carbon per acre. And trees are generally replanted as fast as or faster than they are cut.

The result is a carbon-neutral industry that removes nearly as much CO2e as it emits. Even The Nature Conservancy acknowledges that the real Christmas tree industry plays a vital role in the push for forest restorations that could account for 30% of the carbon emissions reductions the world desperately needs.

But in the end, the answer is pretty simple; when it comes to Christmas tree carbon emissions, pine beats plastic every time.