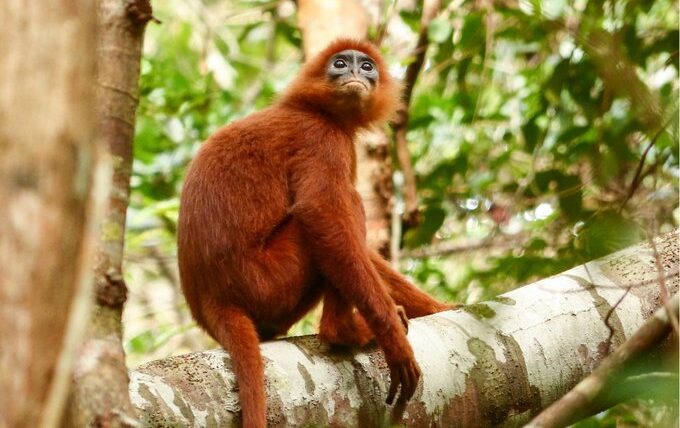 The government of Indonesia has officially confirmed its suspension of validating some carbon projects.

And according to the report by the Environment and Forestry Ministry or KLHK, there are other carbon projects included, too.

The main reason for the suspension of validating carbon projects in some regions is their failure to meet regulations.

In particular, carbon project validations in Sumatra and Kalimantan are halted. KLHK stressed that all carbon projects in Indonesia must abide by the forestry and climate change regulations.

Also, developers have to enlist their projects in the National Registry System (SRN).

While some carbon initiatives in Indonesia are regulatory compliant, others need more adjustments. And the forestry ministry has been clear about taking firm actions against non-abiding carbon projects.

For example, KLHK canceled self-declared carbon projects in Sebangau National Park last year. Then again, it terminated another carbon project proposed on the same site by an international organization.

Moreover, a similar project in Batang Gadis National Park, North Sumatra was also stopped this year. It’s for the same reason: failure to comply with the laws.

Despite operating for many years, the RER carbon project validation is also under suspension.

The Director General said that the project’s validation report didn’t provide correct information about its compliance. Plus, it did not consult with the ministry first before finishing its documents.

The official stated about carbon projects in Indonesia,

“Measures to tackle carbon emissions must have clear ultimate goals, not just fashionable ones… Their implementation must align with the level of commitment concerned.”

Hence, the RER project has to meet Presidential Regulation No. 98/2021 and other relevant laws first. This Presidential Decree regulates carbon trading using emissions trading and offsets.

Its issuance is vital to meeting the nation’s Nationally Determined Contribution (NDC) goal by 2030. It’s the same for achieving its net-zero target by 2060.

KLHK’s strict measures are crucial to educating all players on Indonesian carbon markets. Abiding by regulations is very important to avoid suspension of carbon projects validation.

More so, the country aims to be a reference and destination for low-carbon investments in major sectors. These primarily include energy, manufacturing, and transportation.

Its recent partnership with Singapore on creating carbon-related projects and boosting carbon credits is an example.

The forestry ministry also wants to avoid double-counting on its NDC achievement. Otherwise, carbon projects in Indonesia will cause unwanted effects on climate change efforts.

The country’s NDC target is to reduce emissions by 41% by 2030. This goal is not affected by carbon trading activities in the market.

Meanwhile, the government hopes that investments in green projects in Indonesia will rise. This is due to more demand for green projects like electric cars and renewable energy.

In connection, reports suggest growing fundraising from carbon pricing ($52 billion in 2020). But for Indonesia to leverage the fund for carbon projects, it needs strong policy support and accountability.