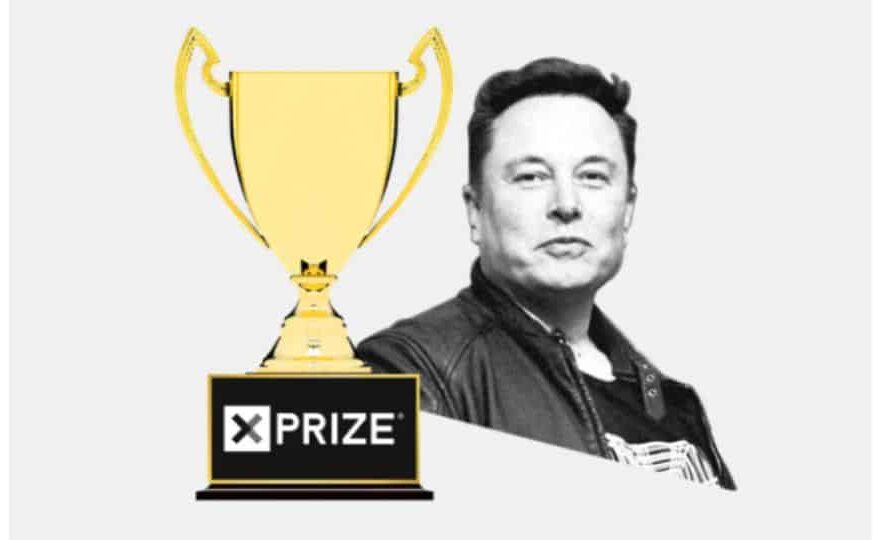 Elon Musk-funded $100 million XPRIZE Carbon Removal competition revealed its 15 milestone round winners.
The XPRIZE competition aims to encourage the development of innovative CO2 removal solutions to cut emissions.
XPRIZE aims to tackle the world’s biggest challenges in exploration, environment, and human equity. It does so by crowdsourcing solutions through large-scale competitions like the Musk Foundation’s’ $100M prize.
The 15 winning teams will be receiving $1 million each to help advance their projects. The XPRIZE carbon removal competition started last year and will continue until 2025.

This XPRIZE carbon removal competition has the biggest collection of carbon removal innovators. The milestone winners are from nine different countries. These are the U.S., the U.K., Canada, Australia, France, Iceland, Kenya, the Netherlands, and the Philippines.
It’s important to emphasize that these winners are not privileged to win the grand prize. Other groups are still eligible to join until December 2023 and compete for the final prize.
Essentially, the XPRIZE is not an ideas competition. Rather, it’s an execution and demonstration carbon removal competition. The entire submission and selection process was demanding.
There were 287 teams out of 1,133 teams that joined the competition that met the eligibility criteria for the Milestone Awards. Then a 70-expert panel screened and judged the proposals for scientific validity.
Finally, based on a set of criteria, the top 15 teams took home $1M each. The criteria include operations plans, performance data, life cycle analysis, and cost estimates. They also accomplished three major winning points.

Here’s a quick overview of each of the 15 XPRIZE carbon removal winners:
8 Rivers Capital created calcite in collaboration with scientific institutes. Calcite uses the natural carbon absorbing abilities of Calcium Hydroxide. Calcite’s process captures CO2 fast at low cost (less than $100 per ton). Calcium hydroxide absorbs CO2 into calcium carbonate crystals same with how concrete dry and absorb CO2 in the process.
Carbyon develops a direct air capture (DAC) technology. It also uses a CO2 adsorbing substance with modified fiber membrane that has a huge internal surface and works at very low pressure drops. But its fast swing process allows for a very compact and reproducible machine design. As such, it results in a high CO2 capturing capacity and low manufacturing costs.
Heirloom also offers DAC solution using natural processes and minerals in capturing CO2. Same with some XPRIZE carbon removal winners, its technology enhances the natural process of carbon mineralization. It helps minerals absorb CO2 from the air in days, rather than years.
Carbfix speeds up natural processes wherein CO2 dissolves in water and interacts with reactive rock formations to form basalts. These are stable carbonate minerals that provide carbon sink for thousands of years. In this project, 95% of the injected CO2 mineralizes within 2 years, much faster than expected.
Bioeconomy Institute takes a systems-wide approach to find environmentally and economically sustainable solutions. In particular, the XPRIZE carbon removal winner will use its prize to advance its use of pyrolysis. The process turns biomass from crop residues into a soil amendment and other goods.
Project Hajar is a joint project between Mission Zero Technologies and 44.01 that combines DAC with mineralization in geological formations. CO2 is captured from the air and transferred to peridotite underground using renewables. The natural process is then enhanced with the fastest mineral carbonation rates ever known.
Sustaera’s solution is engineered to harness renewable electricity that minimizes new emissions. Its modular DAC system works around the clock in various locations (deserts, savannas, and grasslands). And its carbon-negative technology can capture, sequester, and utilize carbon.
Verdox designed an electric system that makes it easier to both soak up the CO2 and squeeze it back out. This DAC design allows for gases to flow through with less resistance, making the process more efficient. This different approach results in more efficient CO2 capture and release using only electricity, less the heat or water.
Global Algae developed dozens of new technologies that made algae production commercial for food, fuel, and feed. Its patent pending Zobi Harvester technology, for instance, uses advanced membranes and very low energy. It achieves 100% algae harvest efficiency and rid the need for secondary dewatering.
NetZero turns agricultural residues into biochar, a very stable form of carbon. Through pyrolysis process, biochar gets buried in the soil for good. Biochar is one of only a few long-term sequestration technologies, with high technology readiness level. It also increases crop yields and renewable electricity production from pyrolysis.
PlantVillage created a triple A model – Algorithmic Agricultural Advice – to increase farmer’s yield and profits. The algorithm comes from integration of AI (Nuru), satellite, and unique field force. After inputting farming details, the algorithms then send out advices to farmers via phones, TV, and social networks.
Takachar’s technology transforms massive amounts of waste biomass into marketable goods. Its equipment uses a novel concept called oxygen-lean torrefaction. It converts biomass into fuel, fertilizer, and other specialty chemicals. Takachar’s system is thus profitable by reducing the logistics cost of hauling biomass.
Captura is a team of scientists, engineers, professors, oceanographers and business leaders. They’re developing cost competitive CO2 capture technology that extracts CO2 from oceanwater. It will then contribute gigaton scale of CO2 reductions.
Climate Foundation’s marine permaculture systems consist of floating platforms that use wave energy. The platforms will be placed at a depth of 25 meters, making them safe for navigation and deal with bad weather. Also, they’ll help restore nutrient upwelling to pre-global warming levels by promoting kelp forest.
Planetary introduces the first Accelerated Carbon Transition (ACT) Platform, addressing many climate issues. In particular, it will remove CO2 and store it for good and convert mine tailings into safe, pure, alkalinity. It will also generate green hydrogen and battery metals that replace fossil fuels.

This XPRIZE winner optimizes carbon removal in mine tailings via carbon mineralization. The team developed proprietary technologies that speed up CO2 mineralization in ultramafic rocks. It also has the potential for gigaton-scale capture and permanent storage of CO2.

Obviously, the pace and depth of carbon removal initiatives have never been greater. But, the world still needs more and deeper emissions cuts through similar CO2 removal solutions.