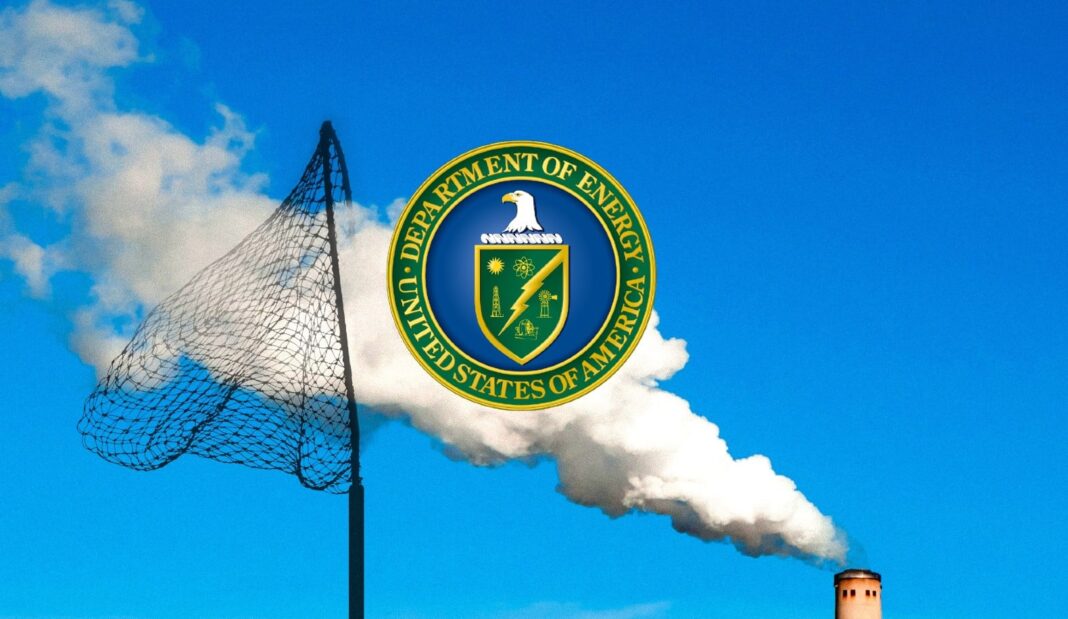 The U.S. Department of Energy (DOE) announced the launch of four programs funded with $3.7 billion to help build a commercially viable carbon dioxide removal industry in the country.

The funding comes from President Biden’s Bipartisan Infrastructure Law. The goals of the programs are to:

There are efforts currently done to reduce carbon emissions. But they’re not enough to bring the nation to its net zero target by 2050.

According to Secretary of Energy Jennifer M. Granholm:

“President Biden’s Bipartisan Infrastructure Law provides the transformative investments needed to scale up the commercial use of technologies that can remove or capture CO2… which will bring jobs to our regions across the country and deliver a healthier environment for all Americans.”

Carbon dioxide removal is a critical tool for cleaning up legacy carbon pollution that is already causing significant climate-related damages like intense floods, storms, and wildfires.

As per DOE’s estimates, actions both under the IRA and the Bipartisan Infrastructure Law will lead to 40% emissions reduction against 2005 levels across the economy.

The Department’s efforts will bring benefits to communities across the United States. Here are its new carbon removal programs under the Bipartisan Infrastructure Law worth $3.7 billion.

The Office of Fossil Energy and Carbon Management (FECM) is responsible for the $115 million Direct Air Capture Prize awards to bolster different approaches to DAC.

The Office of Clean Energy Demonstrations (OCED), in tandem with FECM, takes charge of the Regional DAC Hubs program. This is where the biggest investment from DOE goes – $3.5 billion.

Each of them has to show a DAC technology or suite of technologies at commercial scale with the ability to capture at least 1 million metric tons of CO2 each year from the atmosphere. Then they have to show that they can store that CO2 permanently or convert it into products.

The first funding opportunity announced under this program is worth over $1.2 billion. It will be for conceptualizing, designing, planning, constructing, and operating DAC hubs. More opportunities are expected to follow in the coming years.

FECM will manage this program, which will provide grants to states, local governments, and public utilities to support the commercialization of technologies that reduce carbon emissions. The same goes for acquiring and using products made from captured carbon.

The first funding issuance will provide grants amounting to $100 million.

This last program is under DOE’s Office of Technology Transitions (OTT), in tandem with FECM. It will issue a Lab Call to enhance commercialization of carbon dioxide removal technologies such as DAC. The office will do that by advancing measurement, reporting, and verification best practices and capabilities.

OTT will award $15 million to projects led by DOE and supported by industry partners from the emerging carbon dioxide removal sector.

DOE launched an initiative called Carbon Negative Shot. The four programs above support the initiative’s goals, looking for innovation in carbon removal pathways that will capture CO2 and store it at gigaton scales for below $100/net metric ton of CO2-equivalent.

They also link with the Carbon Dioxide Removal Launchpad, a coalition of countries committed to leveraging collective resources and best practices to boost innovation and cost reductions across a portfolio of carbon removal technologies.

The coalition members, including the U.S., agree to achieve the following goals: