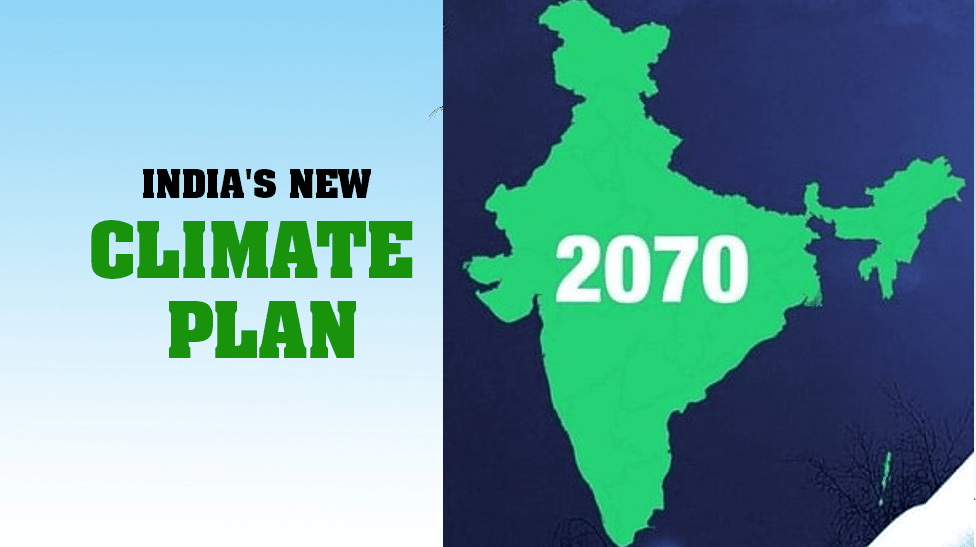 India is developing its carbon market by undergoing several climate action plans in just a matter of days.

The world’s 3rd-biggest emitter planned to set up a carbon credit market for the hard-to-abate sectors. These would initially include energy, steel, and cement industries.

Such a plan is part of its bigger efforts to hasten the transition to cleaner fuels. The country will order the use of cleaner fuels under its push to net zero emissions by 2070.

Then finally, India formally approved its climate change commitments to cut emissions intensity of its GDP to 45% by 2030.

The super-emitter reflected this updated pledge in its nationally determined commitments or NDCs submitted to the UN ahead of COP27.

India aimed to start a carbon trading market for its heavy emitters. They particularly involve the energy, steel, and cement industries. This decision is a big part of the country’s efforts to ramp up its transition to cleaner fuels.

One key goal of the plan is to ensure that state-owned energy entities and steel and cement firms benefit from investments in carbon capture projects.

The platform has been in the making since March when consultations between concerned ministries and firms likely began. Prime Minister Narendra Modi will most likely announce it on Aug. 15 when the nation celebrates its independence.

While China is committed to achieving net zero by 2060, India’s pledge is a decade behind. Yet, the South Asian country seeks to cut 1 billion tons of carbon by 2030 as a big leap in reaching its climate goal.

The carbon credit market will cover hard-to-abate sectors at first. It will allow market players to trade carbon credits generated from cutting emissions.

A detailed plan for this carbon market will be ready in the 4th quarter of this year according to sources.

The Mandate to Use Cleaner Fuels for Net Zero

Besides establishing a carbon market for major emitters, India also wished to mandate consumers to use cleaner fuels. This is in line with the nation’s push to hit net zero emissions.

As per Sambitosh Mohapatra from PwC India (a network of partnership firms),

“The reform is in line with India’s environment and sustainability commitments… It’s achievable and actionable with responsibilities clearly outlined given the progress made on Paris commitments.”

The legislation will support non-fossil fuels such as green hydrogen, ammonia, ethanol, and biomass. Their use in power generation and in manufacturing should meet the set energy consumption standards.

The new law, Energy Conservation (Amendment) Bill, will penalize industrial operations, vehicles, ships, and buildings that won’t abide by the rules. The penalties can go as much as 1 million rupees ($12,660).

The bill focuses on promoting renewable energy use and highlights the nation’s National Hydrogen Mission. It’s a strategy aimed at establishing India as a key global hub for the development of zero-emissions fuel.

Under the changes, the Indian government will issue energy savings certificates to those who consume less than the allowed levels. For consumers who go beyond the set levels, they can buy certificates from others for compliance.

India’s Bureau of Energy Efficiency is responsible for setting up this carbon trading market.

India officially approved its new climate change commitments to cut emissions intensity of its GDP by 45% from 2005 levels by 2030.

Alongside this goal is the country’s demand for its so-called due share of financial and technological support from developed nations.

But many think that such demand is not possible to meet. That’s because rich countries are able to deliver $100 billion only in climate finance to poorer countries in 2023. And that seemed to even fail.

India’s new climate goal forms part of its updated NDCs submitted to the UN. As such, it became one of the last super emitters to meet its Paris Agreement obligation.

There are several policy measures that India implemented since it disclosed its climate goals in COP26. These include:

India’s decision to update its NDCs came ahead of COP27, the next round of global climate talks happening in Egypt in November.