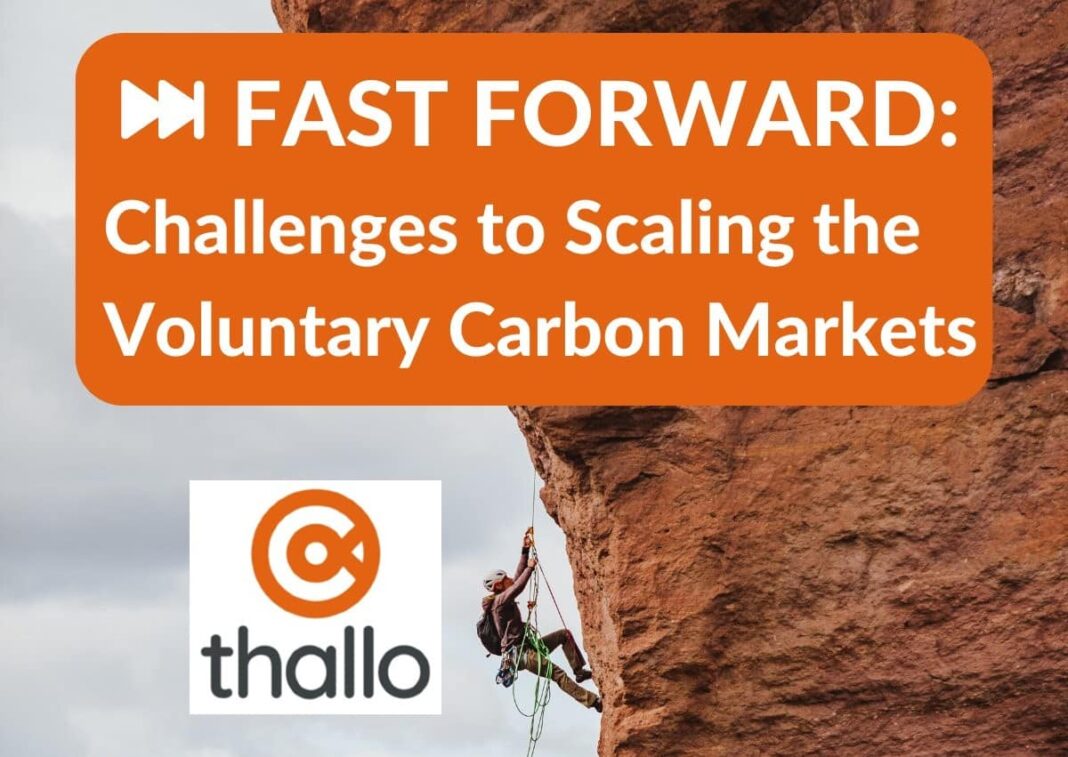 Project developers could lose $2.6 billion by 2030 while the voluntary carbon market (VCM) may also lose 4.8 GT of carbon credits due to verification delays, according to a report by Thallo.

Climate tech start-up Thallo uses blockchain technology to democratize the carbon markets, making it easier for buyers and sellers of carbon credits to find each other.

The company published a report that combines carbon project developer insights and identifies challenges to scaling the VCM.

The report also presents solutions for scaling the VCM. And that particularly includes improved financing through forward models.

Here are the key findings from Thallo’s report:

The biggest bottlenecks involve the registries and validation & verification bodies (VVBs), as well as the GHG crediting programs.

Verification delays can cost VCM project developers as much as $2.6 billion. This will also cost the planet 4.8 gigatonnes of un-deployed carbon credits by 2030 as shown in the chart below.

Carbon crediting programs argue that there are too few VVBs vs. the number of projects.

One solution to this problem as stated in the report is to scale up crediting programs by adding a workforce to match the demand. This is what Verra and Gold Standard are doing.

They create a specific team to improve the technical capacities of VVBs and national accreditation entities by:

By resolving and cutting project verification delays in VCM, the speed of carbon credit issuance can double.

Financing is a barrier.

Small to midsize project developers face the greatest financing challenges. Meanwhile, the big and experienced ones like South Pole find fundraising, not a real challenge.

Among the five different financing methods, the most common ways are forward purchase agreements and own funding. But each method has its challenges and benefits as to how developers see it.

Intermediaries’ and investors’ profits account for ⅓ of VCM value in 2021.

With 500 million carbon credits traded in 2021, $650 million went to the pockets of investors and brokers – not project developers.

In a best-case scenario, project developers sell directly to end buyers without the need for an intermediary. In this case, up to 60% of revenues goes back to the climate or local communities for long-lasting impact.

But under a worst-case scenario, brokers can take as much as 78% of the revenues of the carbon credit sales.

So, why do project developers still work with brokers? Some believe that they help connect with buyers and it’s convenient for price discovery.

On the other hand, a well-functioning carbon exchange offers good value to developers by:

Thallo’s report also explores forward models as one way that can help scale the VCM. In particular, it looks into forward financing used by registries like Verra and Gold Standard.

Since carbon projects are different, it’s hard to have standardized futures contracts. Futures contracts are traded on exchanges such as ICE and CBL. Most of them have vintages in the past.

On the contrary, a future contract is an arrangement that is made over-the-counter (OTC) and settles just once at the end of the contract.

Forward contracts can be closed earlier in the life cycle of a carbon project. This enables much-needed financial support to early-stage projects.

Web3 projects such as Ivy Protocol, Carb0n.fi, and Flowcarbon are developing standardized platforms for forward models.

For the small and midsize project developer, Thallo has the following proposal for a focused forward model:

The Fast Forward VCM report includes inputs from over 30 players in the VCM.